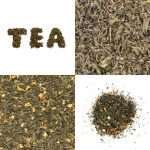 What is tea? You might already know that it’s the second most popular drink in the world (right behind water). You might also know that tea comes in a seemingly limitless number of varieties. Each is subtly influenced by the leaves from which its brewed.

You’ve got green teas, well-known for their cool (but bitter) tastes. Traditional teas, like Earl Grey, widely hailed for their bold, smooth flavor profile. There are even teas that have been “infused” with different herbs and fruits to augment their taste further.

All the variety, though, raises an obvious question: which brand reigns supreme? While personal preference will largely dictate the final answer, we can provide you with a few criteria to use when you’re evaluating the vast selection, and provide a few suggestions to get you started.

Read on to see the best tea brands overall.

Note: Some of the links below are affiliate links. You won’t pay any more for the item but I will get a small commission that I then use to help cover some of the web hosting costs for this site. Your support is very much appreciated!

The Benefits of Tea & What to Keep in Mind

Before you go out buying up tea, you should know what’s important. Tea is a drink that has many positive attributes and health benefits that you’ll want to experience. When surveying the vast tea market, try to keep these factors in mind.

Earlier, we touched on this aspect briefly. Many consider it to be one of the most important details to consider when evaluating different kinds of tea. You may find that different varieties suit your tastes better, and there are a great many on the market. Major varieties include:

Black Tea. Strong, bold, rich. These, and other powerful adjectives, best describe the flavor associated with most black tea options.

Green Tea. Summed up in one word, bitter would be how most describe this acquired taste. Using cooler water can abate this phenomenon to a degree if you so choose.

Yellow Tea. Like green tea, but due to the extra step in processing, yellow tea is smoother and less raw than its close cousin.

Oolong Tea. Somewhere between green and yellow is what you’ll get from most oolong tea varieties, though some have a red-brown appearance and flavor. Oolong is usually light, sweet, and fragrant.

Tea aficionados will often make a big deal about the health benefits that tea can provide, and with good reason. Tea has light amounts of caffeine, the world’s most popular stimulant. It can help keep drinkers sharp and fight off drowsiness, much like coffee or an energy drink.

Tea also contains compounds like polyphenols, theobromine, theophylline, and xanthines. Though research on the health benefits is inconclusive, murmurs abound about tea’s ability to help stave off cancer, cardiovascular disease, and cognitive decline, along with helping weight loss because the caffeine.

Regardless of whether these claims are true, one thing is undeniable. Tea helps its drinkers simultaneously perk up and relax. It’s pleasing to consume, and when evaluating teas, you should consider how it makes you feel.

This factor is self-explanatory. You’ll want quality tea, but you don’t want to break the bank to obtain it. Thankfully, there’s no shortage of guides to help you determine if your tea leaves are up to snuff. All you have to do when looking is to balance the desire for quality with a price that’s fair.

Looking at every individual kind of tea would get lengthy. What we can do, however, is evaluate a few well-known brands of tea and learn about how they stack up against one another.

Click on any link below to read more about the item on Amazon. 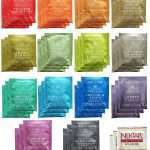 Self-described “master tea blenders” Harney & Sons started over thirty years ago in Salisbury, Connecticut. It began as a basement brewing operation with six tea blends but has morphed into a global powerhouse with over three hundred varieties of tea. Harney & Sons are known for having their hands in every step of the tea creation process, from sourcing the leaves to packaging the finished product, and has a reputation for delivering great tea:

“Harney & Sons builds on a commitment to deliver customers the finest quality tea possible. This promise, made over 30 years ago, serves as the company’s guiding principle.”

Harney has a “classic” line of teas that includes popular staples like Earl Grey, English Breakfast, Darjeeling, and Sencha. They also produce a range of seasonal and special teas (think Hot Cinnamon or Lingonberry) along with iced teas and unique blends that cover a range of tastes.

What’s Not So Great About Harney & Sons Tea? 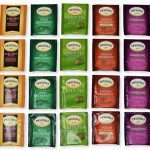 The Twining’s story goes all the way back to 1706, when Thomas Twining’s opened what would become London’s very first tea shop. Some might say that Twining’s heavily influenced the British love of tea, and now, more than 300 years later, the tradition he started lives on in a wide variety of traditional (and not so traditional) flavors.

Overall, Twining’s is known as a provider of vast selection, with their sample packs containing a wide range of individual flavors. More recently, they have also gained a reputation for providing organic tea, a movement that has become increasingly popular and Twining’s has adapted to with superior adroitness.

What’s So Great About Twining’s Tea?

What’s Not So Great About Twining’s Tea? 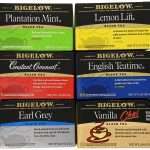 Last up is Bigelow. This American manufacturer was also born in Connecticut, founded by Ruth C. Bigelow in the 1940s. The operation was born from their singular “Constant Comment” blend, and though they have grown vastly over the years, the business is still a 100% family-owned venture.

What’s So Great About Bigelow Tea?

What’s Not So Great About Bigelow Tea?

Tea is a highly personal choice. You’ve got all kinds of flavors and looks to choose from, so, as we mentioned, personal preferences come into effect when making a final choice. From the brands sampled, though, we feel Twining’s leads the pack.

Their flavors are comparable to both Bigelow and Harney & Sons (and may have a slight edge in that matter). At the same time, they offer their tea at a price that is, on average, much less than what you’d pay for the competitors.

On top of that, they’re a storied and experienced company that has lasted several hundred years by the strength of their offerings alone, that should count for something. If you aren’t put off by the fact that their packaging isn’t as flashy or decorative as more expensive teas, you’ll likely be pleased with what Twining’s has to offer.