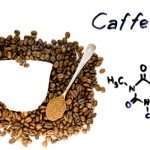 MiO Energy is a flavored liquid water enhancer from MiO.

Unlike the original MiO water enhancer, MiO Energy contains ingredients to help reduce fatigue and promote alertness, including 60mg. of caffeine per 8 fl oz. serving, and around 10% of your recommended Daily Value of B3, B6, and B12 Vitamins.

Read on for a complete list of MiO Energy ingredients and information on each.

So what are the ingredients in MiO Energy? 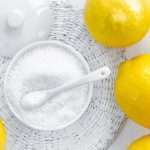 Citric Acid: Citric acid is a relatively weak organic acid that occurs naturally in citrus fruits. It is commonly used as an additive for processed foods as a preservative, emulsifying agent, or sour flavoring.

Propylene Glycol: Propylene glycol is a water-absorbing synthetic substance that is used in the food industry as antifreeze in the event of a product leakage coming into contact with food. It is also used to absorb extra water and maintain moisture in many food products.

Caffeine: Caffeine is a naturally-occurring substance that has many effects on the body’s metabolism. Most notably, caffeine stimulates the central nervous system, which reduces fatigue and promotes alertness.

Caffeine is found in many naturally-occurring foods and used an additive in others. Some common foods and drinks containing caffeine include tea, coffee, kola nuts, and chocolate.

MiO Energy contains 60 mg. of caffeine per 8 fl oz. serving, about the same as a cup of coffee, and well within the healthy daily intake range, according to Mayo Clinic.

Taurine: Taurine is an amino sulfonic acid found in large concentrations in the brain, retina, heart, and blood platelets, where it helps regulate the level of water and minerals in the blood.

Mio does not give the exact amount of taurine contained in MiO Energy but states on its website that taurine makes up less than 2% of the product’s total weight.

Guarana Extract: Guarana extract comes from the seeds of the Guarana plant. It contains caffeine and is often used as an additive to reduce fatigue, promote weight loss, and flavor food products. Mio states that less than 2% of MiO Energy is composed of Guarana extract.

Ginseng Extract (Panax): Ginseng extract comes from the Panax ginseng plant found in Asia. Due to its unique active ingredients, commonly called ginsenosides or panaxosides, Panax is used for a wide range of applications, including stress relief, memory, and attention improvement, and flavoring in beverages.

According to MiO’s website, Panax is present at less than 2% the total weight of the MiO Energy product.

Niacinamide: Niacinamide is a chemical form of Vitamin B3 and is found in many foods, including meat, fish, eggs, and green vegetables. According to the U.S. National Library of Medicine, niacinamide is required for the proper function of fats and sugars in the body, as well as its cells. It is often used as a supplement to relieve migraines.

Vitamin B6: Vitamin B6 is a water-soluble vitamin that naturally occurs in many foods, including fish, nuts, and chicken, and is used as an additive in others. It helps promote proper metabolism, immune function, and cognitive performance.

Vitamin B12: Vitamin B12 is water-soluble vitamin found in meat, poultry, eggs, and other foods. According to the National Institutes of Health’s Office of Dietary Supplements, Vitamin B12 is required for proper red blood cell formation, neurological function, and DNA synthesis.

Mio states that an eight fl oz. serving of MiO Energy contains 10% of your recommended Daily Value of Vitamin B3, B6, and B12.

Natural Flavor: In a recent article, Today reports that the definition of “natural flavor,” according to the U.S. Code of Federal Regulations, is somewhat liberal, and can mean anything from meat by-products, fruit juice, leaf or plant material, or a host of other naturally-occurring ingredients.

For MiO Energy, what this means is that a portion of its flavoring ingredients come from natural sources, as opposed to artificial ones.

Sucralose and Acesulfame Potassium: These artificial sweeteners are used in soft drinks, protein shakes, candy, and other produced sweet goods, and have been tested to be about 200 times sweeter than sugar. MiO Energy uses them both as sweeteners.

Sodium Citrate: Sodium citrate is both a sweet and sour substance that is used as an additive in many foods and drinks, including club soda, fruit preserves, and condiments such as mayonnaise.

Sodium citrate also reduces the acidity of foods and is commonly used alongside acidic ingredients.

Potassium Citrate: Potassium citrate is a potassium salt of citric acid and is often used as food additive to regulate acidity.

Red 40: Red 40 is a dye composed of the chemical Allura Red AC, and is used to dye many foods, including yogurt, jams and jellies, and fruit snacks.

Blue 1: Also known as Brilliant Blue FCF, Blue 1 is a synthetic food colorant is used in many foods and drinks, including several Mio and Mio Energy flavors.

Potassium Sorbate: Potassium sorbate is a chemical formed when potassium salt bonds with sorbic acid, creating a poly-saturated fatty salt. Potassium sorbate can help prevent mold, yeast, fungi, and other deadly growths, and is most commonly used a preservative in food products, including MiO Energy.

If you enjoyed this article on MiO Energy and its ingredients, leave a comment in the comments section below.

Also, be sure to visit MiO’s FAQ page for MiO Energy to learn more about the MiO Energy product, usage recommendations, and ingredients.

For more information on each of the ingredients listed in this article, visit the U.S. National Library of Medicine’s website.